The Alpine Nature Center has chosen to only use pictures taken by residents of Alpine on our flora pages. However, as birds are more mobile, we have decided to accept pictures of birds taken by residents of Utah County, as well. Our largest contributor has been Andrew Judd, a resident of Payson, Utah! Almost all of the pictures we have to date were taken by him. We are grateful to him for the generosity he has shown us in sharing his bird pictures with us. We've asked him to share a little personal information, which is not only interesting, but might be of help to Alpine bird watchers! 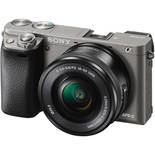 ​Andrew Judd is a family physician, living in Payson, Utah, with practices in Payson, as well as Colorado.

Getting Started              He started bird watching initially in 2016 after he and his family moved to Payson and put up a bird feeder. He started looking up the birds that showed up in their yard and decided to buy a camera and learn to take pictures of them.  It’s been a gradual learning process since then. Up till now he has done his bird watching alone or with his family. Although he has hoped to go out with the Utah Birders, he hasn’t been able to connect with them yet.

Camera and Lens          He uses a Sony a6000 camera with a Sony 55-210mm lens for wildlife. Recently, he’s also been using a Olympus TCON 17X teleconverter on top of the Sony lens for more reach. When he feels like he can justify the price he will purchase an even longer lens!

Where to Find BIrds                 Andrew started taking pictures in his backyard and on the walking trail in his neighborhood, but now also goes out to some public places such as Salem Pond and the Payson Cemetery. He also keeps an eye out when driving around, especially for raptors (both in Utah and in Colorado when he travels there for work). Some of his favorite photos have come by simply keeping an eye out while driving around.

Time of Day      He has found birds are most active in the morning, but sometimes the light can be difficult if it’s too early. He has taken pictures at all times of the day, again often just when he comes across something interesting.

Tripod and Shutter Speed        He rarely uses a tripod when taking pictures, but might consider it if he had a heavier lens. Many of his pictures are when walking or driving around so a tripod would be difficult. He tends to use a fairly fast shutter speed (1/500 most of the time) for birds simply because they make a lot of small quick movements that blur photos if shutter speed is slow. This ends up taking care of lens motion most of the time as well. For larger perched birds like raptors he will sometimes lower the shutter speed if necessary. For birds in flight he tries to use a much faster shutter speed like 1/1600 or 1/2000 if light allows. 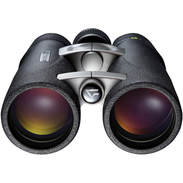 Binoculars       As of this time he has not really used binoculars, although he is considering buying a pair. If something is too far away to identify he often zooms in all the way with the lens and takes a picture, then uses the camera screen to zoom in on the picture. Most of the time this has worked ok. He only has a cheap old pair of binoculars that he doesn’t use much, but has looked into getting a better pair, possibly a Vanguard brand.

Bird Identification       There are a few very good free apps he uses all the time. Merlin Bird ID has a photo ID feature where it can use your photo to try to identify the bird and it works very well most of the time. You can also search by various bird characteristics and it will give a list of possibilities. eBird app allows you to make checklists of what birds you see which are then added to a huge database of bird information. It makes a great way to keep track of what you’ve seen as well as participate in a citizen science project. The eBird data can also be searched online to see where birds are being reported. Audubon Birds has a little more detailed information than Merlin and also has a function where it will search the eBird data to tell you what birds have been reported near you or in a chosen state. iBird Pro is the only paid app he uses (not very expensive) as it has both pictures and illustrations of each species which sometimes is helpful. At the moment he does not have any books but understands that they are very important for more detailed information.

Community Support   Most of this has been a self-learning process over time, however, he did join the Utah County Birders Facebook page, and that has been a very helpful resource. There are a lot of very knowledgeable people in the group who can help answer questions or help with identification. It’s also not uncommon for members of the group to post where they have seen a particularly interesting bird.

Advice to Beginners    Andrew still considers himself very much a beginner, but would say the best way to get started is by putting up your own bird feeder and/or bird bath. It’s amazing what will show up in your own yard. That’s how he got started. Also, just have fun and don’t be afraid to ask questions. Those in the hobby seem to love sharing their knowledge. Andrew has thoroughly enjoyed getting into the hobby. It gives him a reason to get outside and go for a drive or walk when he otherwise would stay inside. As he has paid more attention to the birds/wildlife around him, he has been amazed at how much he must have missed seeing in the past. It makes every outing feel a bit like a scavenger hunt to see what you can find. He has always enjoyed nature and wildlife, but now pays much more attention on a daily basis. The photography side has also been a lot of fun to learn. It is fun seeing the birds, but also enjoyable capturing a nice photograph for himself and others to enjoy later. ​